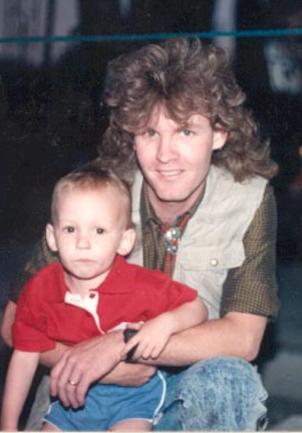 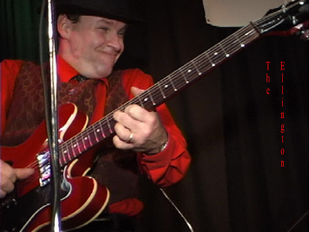 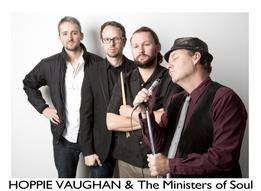 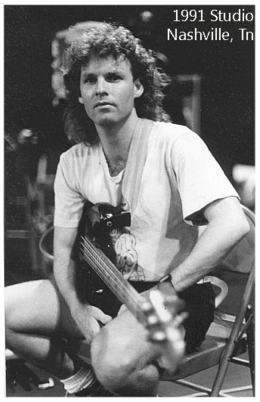 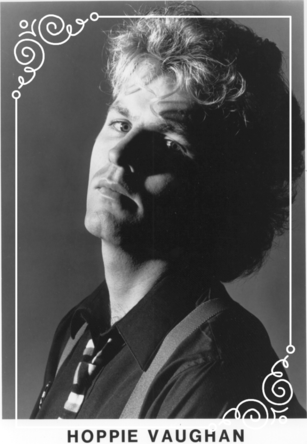 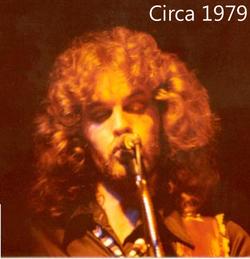 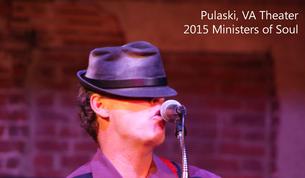 Hoppie Vaughan & The Ministers of Soul 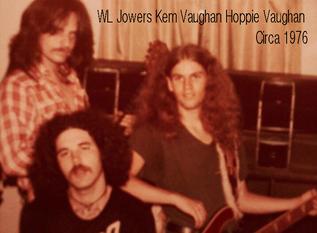 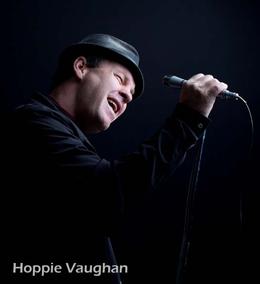 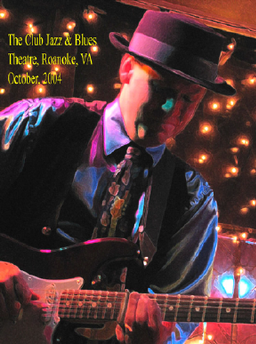 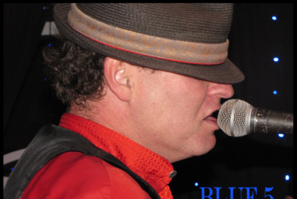 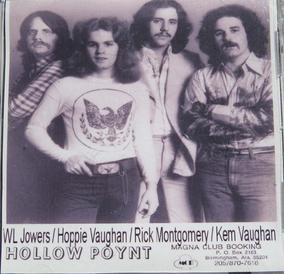 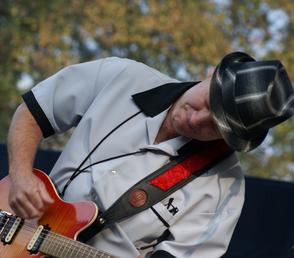 ​​​​​​​​Rhythm, blues, and soul performer, Hoppie Vaughan has been igniting and expanding the live music scene in Roanoke, Virginia since 1996.  As a full-time singer, songwriter, guitar player, bass player, and entertainer, Hoppie and his impressive group, the Ministers of Soul are the house band on Wednesday nights at Blue 5, an upscale live music venue and restaurant in Downtown Roanoke.  Eight years running, they still pack the house, delivering an electrifying show you don’t want to miss!  Hoppie also performs as solo act, Hoppie Vaughan.

Hoppie’s new album, “Patient Man”  released in June, 2018.  With nine originals and only one cover, there isn’t a bad or even average track on this gem.  What a fitting title for an exceptional music career that started early, developed gradually, and keeps hitting its stride with each new original song.  Following a show at Blue 5, Elmer Coles of the Elmer Coles Funktet told Vaughan, "Hoppie, this is yo' time." Nashville song shopper, Chris Keaton, made an excellent point when he told Hoppie, “You know how to wait on it.  You got the patience in your playing.”

Patience plus boundless raw talent equals excellence.  The equation may seem simple, but the sum total of Hoppie Vaughan’s artistic work is complex.

Adding a wallop of flavor to an evolving regional music feast with his distinct, Deep South-influenced sound, Vaughan never forgets to thank his audience for coming out to support live music in “lovely, beautiful, scenic, historic, artsy, and diverse Roanoke, VA”, adding, “We now have a little music scene here.”

Located just a few miles from Virginia Tech, Roanoke is the metropolitan heartbeat of a larger Blue Ridge Mountain region of about 300,000, long recognized for its hybrid American roots music.  Perhaps most notably, the world’s oldest and largest Old Fiddlers’ Convention has been held just down the road in Galax, VA since 1935.  Bristol Rhythm and Roots Festival near the VA-TN border, FloydFest in nearby Floyd County, and Lockn’ held in Arrington, VA halfway between Charlottesville and Lynchburg speak to the area’s live music momentum.

Fans and other musicians alike know that Hoppie Vaughan’s inspiration and influence has been a major catalyst for the growth of Roanoke’s live music scene which is getting bigger and better every year.

Music promoter and keeper of the flame, Phillip Poff, said it best.  “We are very lucky to have such a talent as Hoppie Vaughan in the valley.”  Lime Kiln Executive Director, Spencer McElroy of Lexington, VA, shared that Hoppie received the largest standing ovation ever for an opening act at the Lime Kiln when he opened for Darrell Scott in 2016.

A native of Union, SC, Hoppie or “Hop” as he is fondly regarded became serious about his music career at the ripe old age of 12, when he heard his then 17-year-old brother playing drums in a garage band.  Soon, he had a bass guitar in his hands and was practicing constantly.   By age 14, he was playing brass 1970s music in his first band, The Horseheads, a USC, Aiken pep band that also played the club circuit, aka the “Chittlin’ Circuit”, all over the Southeast.  He was writing original songs by 16.  Hollowpoint came next, a regionally popular SC and GA band, which recorded in James Brown’s Third World Studio in North Augusta, SC and E. Avalon Studio in Muscle Shoals, AL, circa 1977. Today, as he delivers potent, unbridled, seemingly effortless vocals that invoke Wilson Pickett, Al Green, Ray Charles, Otis Redding, and Sam Cooke, it’s hard to believe that he never set out to be a singer.  Things changed one night when Hollowpoint’s lead singer literally collided with a train while rushing to a gig. Fortunately, the singer escaped without injury, but he didn’t escape losing his lead singer position to Hoppie Vaughan.  Prior to this serendipitous event, Hop had been content to sing a couple songs and do a little back up.  Suddenly, Vaughan was on!  By 1978, he had moved to Huntsville, AL and was singing and playing with “Rage”, officially chasing the rock star dream, performing showcases for major record labels, and once again recording at the famed Muscle Shoals Studio in Alabama.  After “Rage”, Hoppie returned to Augusta, GA for a while and played with “Wichita”, a regional country rock band.  A bona fide road scholar, he refers to those early years of moving around and playing music he didn’t particularly like as his real education.  With humor and humility, he was paying his dues and learning to be adaptable in an unpredictable industry.

In 1983, he moved to Nashville where he began to seriously hone his songwriting and performing artist skills.  Although he spent 3 years as a staff writer for Milsap Music, Inc. and performed in countless sessions as a bass player and demo singer for local Nashville songwriters, publishers, and producers, Hoppie was never a country music singer.  When a soul singer was needed, Hop would get the call.  In 1988, he was selected to appear on the nationally syndicated “Star Search”.  Balancing all of this, he still made time to record jingles in Chicago for Michelob, Hasbro, and others, while continuing to perform with various groups.  During the same period, he also appeared in several music videos, including Lorrie Morgan’s “Train Wreck of Emotion” and Mac Gayden’s “Crazy Mama”.  His band, “Hoppie Vaughan & the Weebils released an album in 1989.  In 1992, his band, “Blackbone” released “Politics of the Heart” for Working Boy Records.  In August, 2018, he was asked to reunite with members of former Nashville band, David Spear and the Darts, to perform at The Bitter End in NYC and attend the Broadway premiere of Gettin' the Band Back Together.

In April, 2018, Hoppie and the Ministers of Soul opened for the James Hunter Six at the Harvester Performance Center in Rocky Mt, VA, where he will also be opening for Paul Thorn in November, 2018. He has also performed or appeared with Delbert McClinton, Rod Price of Foghat, Mac Gayden, Tommy Two Tone, Jimmy Hall of Wet Willie, Ronnie Milsap, Wayne Perkins, Tommy Castro, Tab Benoit, John Mayall, Sonia Data, Goose Creek Symphony, Gatemouth Brown, Miranda Louise, and The Kentucky Headhunters, among others.

When he and Tommy Castro shared the lineup on the 26th Legendary Rhythm and Blues Cruise in 2016, Castro remarked, “That finger pickin’ thing you got goin’ on is great.  Keep doin’ that!”  As Hoppie’s intricate, scorching guitar licks continue to garner him as many accolades as his superb, heartfelt vocals, Castro’s observation was on point.

While playing bass for The Fat Daddy Band, Hoppie and the group won The Charlotte Blues Society’sInternational Blues Challenge in 2001.  At the next level in Memphis, they competed against other blues societies from all over the US and Canada, finishing in the final 5 of 60 bands.  Hoppie and the Ministers of Soul were voted “Best Local Band” by City Magazine in 2009. In 2012 and 2013, Roanoke City Magazine voted Hop “Best Musician”. In 2018, Roanoker Magazine placed Hoppie and the band at the top in their "Best of Roanoke" issue.

Since moving to the Blue Ridge Mountains, Hoppie has released 7 CDs:  “Hoppie Songs”, Fat Daddy’s Band, “Live and Lovin’ It”, and with The Ministers of Soul, “Hoppie Vaughan and The Ministers of Soul Work”, “Meansville Road”, “Simple as That”,  “Living the Dream”, and "Patient Man".

So how did Roanoke, VA get so lucky when Hoppie Vaughan showed up in 1996 and began turning heads in a good way?

Realizing that stellar music can be written, recorded, and performed outside of Nashville, when Hop’s wife and high school sweetheart, Sandra, was offered an unexpected career opportunity in the Blue Ridge Mountains, they and their son Robert (now the accomplished drummer and professional whistler in Hoppie’s Ministers of Soul band) took a leap of faith and left the walls of Music City for the Star City of the South.  Roanoke is in fact, home to the largest, free-standing, man-made star in the world.  Standing on Mill Mountain at nearly 100 feet tall, this neon star is ALMOST as bright as Hoppie Vaughan.

Why “Hoppie”?  Harper Vaughan inherited both his name and nickname from his Grandfather.  Someone must have known that it would eventually be perfectly suited to a rhythm and blue-eyed soul minister who keeps his audience hopping.  A musician’s musician, Hoppie Vaughan keeps raising the bar and reminding us that extraordinary music has never been more necessary. 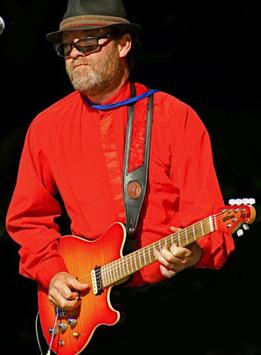 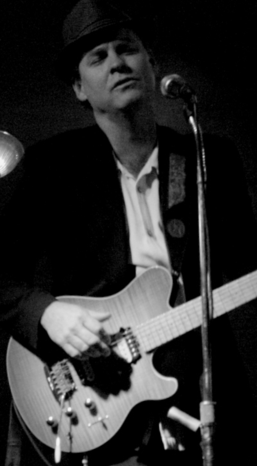 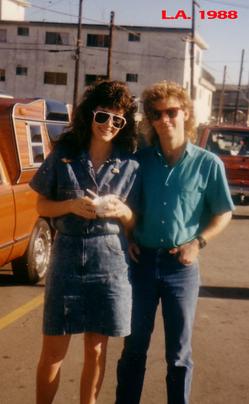 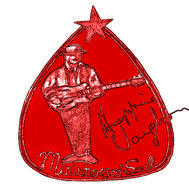